I would like to intoduce a talented artist, storyteller, author, and illustrator of ‘KCM Inspirations’. KC Morcom holds many titles among which are :

KC is a talented arist who uses her beautiful artwork to help motivate and inspire others. I have been encouraged by hearing her story and hope you will too.

After a big part of K.C Morcom’s lifetime of working in various areas of the communications and publishing industry for other people, K.C is now creating images and books for herself and her artwork and books are generating a growing amount of interest.

Greatest Achievments:
Recently, one of her books gained three 5-Star editorial reviews for its concept and creativity. Three of her publications, two of which were published in 2020 have been created for a cause.
K.C didn’t always know she wanted to be an author, but she had a canny knack of finding her way through the publishing and communications industry at the right time. With the desire to write and create images that capture the imagination, a new business venture ‘KCM Inspirations’ just fell into place.

Inspiration:
Although K.C has been inspired by a number of other artist and authors, the main inspiration that started her journey in to writing and publishing was during a time of being involved in the entertainment industry with an old friend who would later go on from being a DJ to a storyteller, then an author of several books and a tv series.

“Being a part of his life in my late teens was basically the steppingstone to believing everything else is possible.”

K.C was passionate about writing from an early age, and most of the time this showed in her school studies during English Literature. Her story writing always elevated her grades. During her teen years she delved into making it a hobby to read numerous romance novels during the school holidays and make a note of them in a little black book along with writing consistently in a diary. Her love for books took flight with her earliest childhood read, her all-time favorite story book, Cinderella, and still is to this day.

How Did She Get Started:
“I guess the story always resonated with me because I experienced some really tough times during my childhood and later years. I did have some sort of Cinderella moments throughout the later part of my life though, but I guess the frogs I kissed did not quite turn into the prince charming’s I had hoped for,” she laughs.

Before her writing career came to prominence, she raised four children. As soon as they were a little older she started a desktop publishing business, and took on the role of creating newsletters for football clubs which would help raise funds for the teams, and her love for creative craft art was put to good use to create a unique Christmas card to raise suicide awareness during the festive season for the purpose of also raising funds for the empty stocking appeal.
“The suicide awareness concept was inspired by the loss of my brother, a few other relatives and friends as there wasn’t much talk about this subject back then, and horribly enough we were losing a lot of our male loved ones to suicide.”
Several years later, K.C would go on to run her own charity and support a few others organizations based on her own personal experience, but prior to this she felt the need to be a consistent active support system, therefore she became a mature aged university student with the intention of becoming a social worker or councilor.

“I chose to study psychology, and sociology which were the obvious subjects, but I was drawn to journalism, and it was for an Arts degree, so I thought why not. Maybe it might come in use in some way, but never did I imagine what I was going to use it for until later,” she says.

K.C prematurely left university due to the change in family dynamics, and the loss of another loved one but her study had a defer period of nine years, so a return was an option for completing her degree.
Needing to provide for her children she took on various job roles and found herself working for a local magazine and radio station. Being around the publishing and communications industry would inspire her to take the plunge into her own publishing venture.

“I think the inspiration was a big wake up call for me, kind of like a new kick start and I took it seriously. Therefore, I did a business certificate course and started my own business to create a small women’s magazine which covered personal and social topics. It was a big task, and I was constantly multi-tasking. I called myself a MacGyver of all things,” she chuckles.

A couple of years later life turned upside down once again. K.C felt the need to try something different, so she trained to be a Chef. The idea of the creative art of food attracted her into the hospitality industry.
“I gained a few small gigs but it wasn’t enough to make a living and just when I was offered a full time role, I was also offered a job back in the publishing industry a couple of days earlier for a role at the local newspaper. There again, I felt like the calling card had been drawn. The publishing industry felt familiar, and I felt like I was home once again,” she smiles.
Several years later when her children were living their own lives, living independently, she decided to write a story for one of the causes she had supported; an anti-bullying story. Illustrations accompanied the story, and her goal was to publish the content into a book and still plans to do this to this day.

The Future:
In 2020 K.C published two other books for causes. One with a poem and photographs, intended to support people going through a difficult time. The use of the little book is to inspire to refocus and look forward.
Her latest book published in September still reflects on the human spirit, but the cause revolves around protecting nature and the need to do what is right for our wildlife and for the purpose of our own human existence.
“No matter where life has led me, I have always found that anything I write has reflected on my own experience. Even my latest book reflects my magazine publications. It’s informative, entertaining, inspiring, educational and useful,” K.C says.
These days she is more connected with nature and its natural surroundings and feels this new insight has opened her mind up to new worlds.
“I’ve found a great deal of peace and appreciation for many more things in life, and even recognize the smaller things or the things I took for granted before, I appreciate more. I can make a recovery from bad days better than before when I remind myself to acknowledge; Everyday may not be good but there is something good in every day.”
As for her artistic journey being inspired by nature and life experience, she feels her greatest inspiration came from the support of one of her artist friends.
“My greatest inspiration and artistic mentor has been my incredibly good friend Ron Van Peelen, owner of The Tasmanian Artisan Shop who took me on board and has always been so very supportive so I could eventually publish my earliest illustration story series. Having worked in the art shop has inspired me to branch out on my creative journey, and explore my artistic potential, and that’s given me the opportunity to understand; it didn’t take me to be a gifted artist to create something beautiful or inspiring, but for me it was all about developing a talent out of sheer determination, perseverance, persistence, and patience, which is pretty much how my journey in life has operated to keep me going”

The Bird Whispers and the Bird Whisperer by KC Morcom is a wonderful book that connects readers with nature in a unique and refreshing manner using poems, pictures, illustrations, and short rhyming stories. The book is educational and informative and the bird species profiles and bird watching tips will interest all bird lovers and bird watchers. The book has been divided into two parts; the first one is The Bird Whispers and the Bird Whisperer, and the second part is About Birds, and their ability to soar through the air will fascinate readers and will make them realize how even expert aviators are unable to match the natural skills of a bird. The section on Big Cats, Small Cats is equally interesting and informative and sheds light on the species. 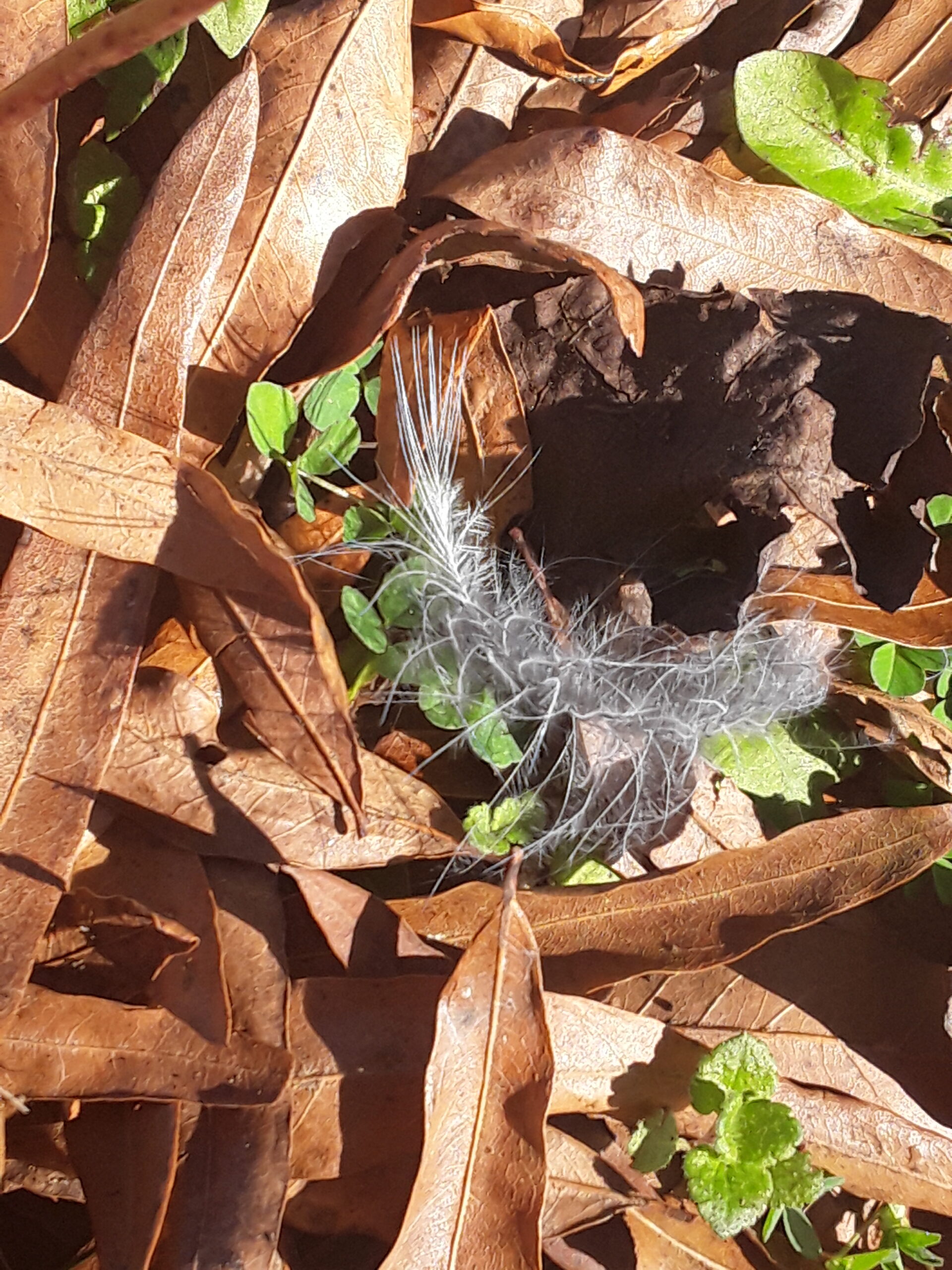 Don't worry if you are feeling overwhelmed, overcome fear with faith. Seek good and positive desires that lead to a more perfect end on the best path. Do not give up on your worthwhile goals or lose motivation.

Today’s post is an update on my favorite Fabulous Friday Friend from the past posts. I would like to re-introduce you to a little boy who is an inspiration to